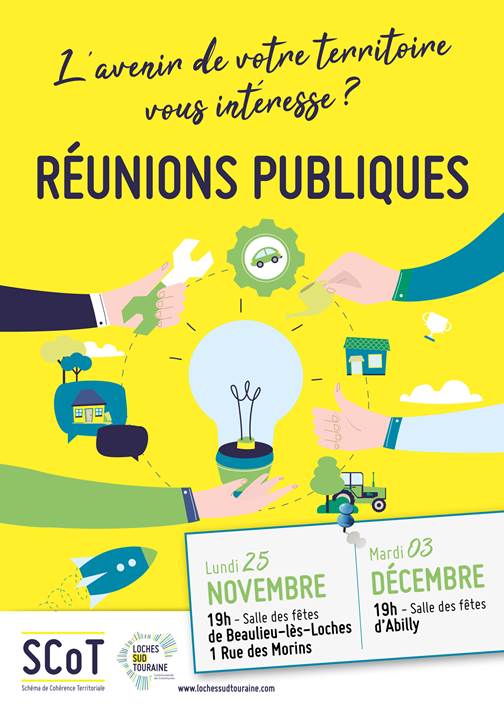 The Territorial Coherence Scheme is a planning document, that is to say it sets guidelines and objectives, for the next 10 to 15 years, in terms of economic development, travel, housing, preservation of agricultural and natural areas (...) at the level of the intercommunality and its 67 communes. The municipalities concerned will translate the objectives defined by the SCoT in an operational way in their local urban plans as well as in major development projects.

Why develop a SCoT?

The objectives pursued for the development of the SCoT of the Loches Sud Touraine Community of Communes are:

Provide the inter-municipal territory with a coordination and coherence tool for urban planning, housing, economic development, mobility and environmental protection policies;
Set a framework for Local Urban Plans (PLU) which will have to respect the orientations and objectives of the SCoT;
Assert yourself as a territory that matters
Develop and support a diversified and efficient economy to maintain and create local jobs;
Promote the resources and the living environment of the territory;
Propose a local, adapted and quality offer, to the greatest number on the whole territory;
Encourage cooperation and partnerships at the inter-territorial scales, as with the metropolis "Tours Métropole Val de Loire".

The SCoT (Territorial Coherence Scheme) continues to progress with the DOO phase (Orientation and Objectives Document).

In the spirit of the ongoing dialogue, we want to mobilize the maximum of local actors and inhabitants.